Fela, the legendary Nigerian musician and activist who created the ‘Afrobeat’ genre, had a run with his ‘The Best Of The Black President’ album, a compilation album released in 1999, spending a staggering forty-five weeks on the Billboard World Albums Chart, making it the album that spent the most weeks on the chart.

However, in recent updates, Afrobeats buzzing singer Wizkid has equalled that record as his ‘Made in Lagos’ album (released in 2020) has also spent a total of forty-five weeks on the Billboard World Albums charts, edging Fela’s record in a way as Wizkid’s album peaked at number one on the chart while Fela’s ‘The Best Of The Black President ‘ peaked at number three on the chart. 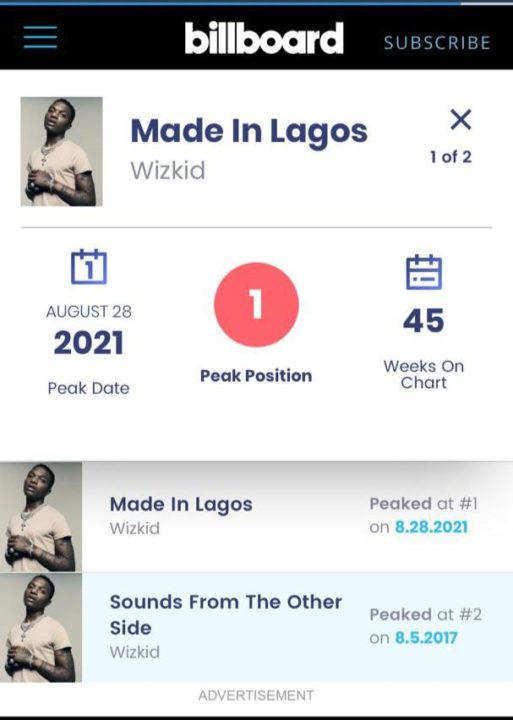 Nigerian rapper, MI Abaga has left fans stunned after he revealed that he would be having no children…
byBellz
Read More

Wizkid‘s international manager, Jada Pollock has been named Billboard‘s Executive of the Week for her work on the singer’s Made in Lagos album.…
byBellz
Read More