The morning’s chatter got cerebral in the Big Brother Naija house as the housemates cover culture and politics. Smart ones, you think?

After a cracking dancercise session with Praise, the housemates took their renewed vigour the arena and turned it into some brainy conversation. Neo got talking about his tattoos, announcing to the housemates, and the rest of the world for that matter, that he absolutely loves ink. “My mother didn’t want me to get it but I love ink.”

And in true Neo fashion, he broke ink down philosophically, bringing in theories on light and darkness and weirdly enough, those two digital plumbers from Brooklyn, the Marios Bros. And while Dorathy was chewing and talking close to Ozo’s ear, Vee said she had never seen a BMW in Lagos. “I’ve seen them in London, but not one in Lagos. I’ve seen more Lamborghinis than BMWs.”

In the meantime, Laycon dropped knowledge about politics on Lilo and Tolanibaj, making them wiser by the minute. “We are all politicians. Politics is everywhere. Politics is about pushing an agenda. Governance is about satisfying needs.”

The coupling continues as Wathoni and Trikytee cosied up on the hammock and spoke about travel while Eric and Lilo sat next to each other like a vintage couple enjoying their breakfast. What’s next, breakfast in bed? Some of you are rubbing your hands in glee to see what Ebuka would do to these two.

The Lockdown Housemates had a big task at hand today but that didn’t mean life in the house won’t go on as usual. As the day began, they spent time sharing stories and lifting up their moods with what turned out to be an entertaining jam session. 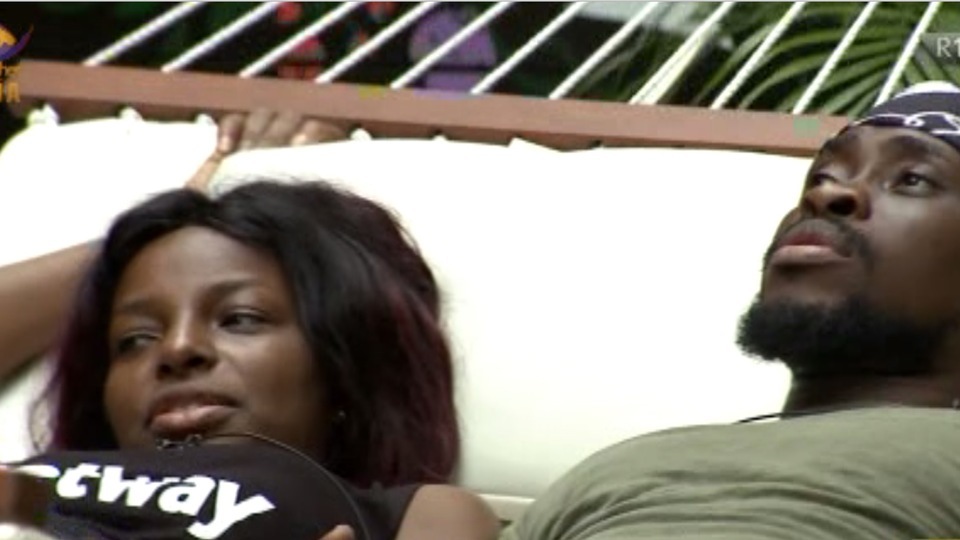 A walk down memory lane

Trickytee and Wathoni swapped stories talking about all the fun places they had explored and others they’d like to explore. From a trip to the strip club to interesting restaurants, they both shared what they loved about the places they had been. Wathoni also shared the rich side of her Kenyan culture and life growing up describing what life was like growing up and how school teachers gave her a tough time.

The housemates are on a never-ending quest to keep the positive vibes going. A jam session got them all showing off their not so hidden talents. Turn by turn they all went singing their favourite songs to the entertainment of other housemates. What started out as just a solo session soon turned into a mini-concert or a scene from a ‘turn’t’ club party. 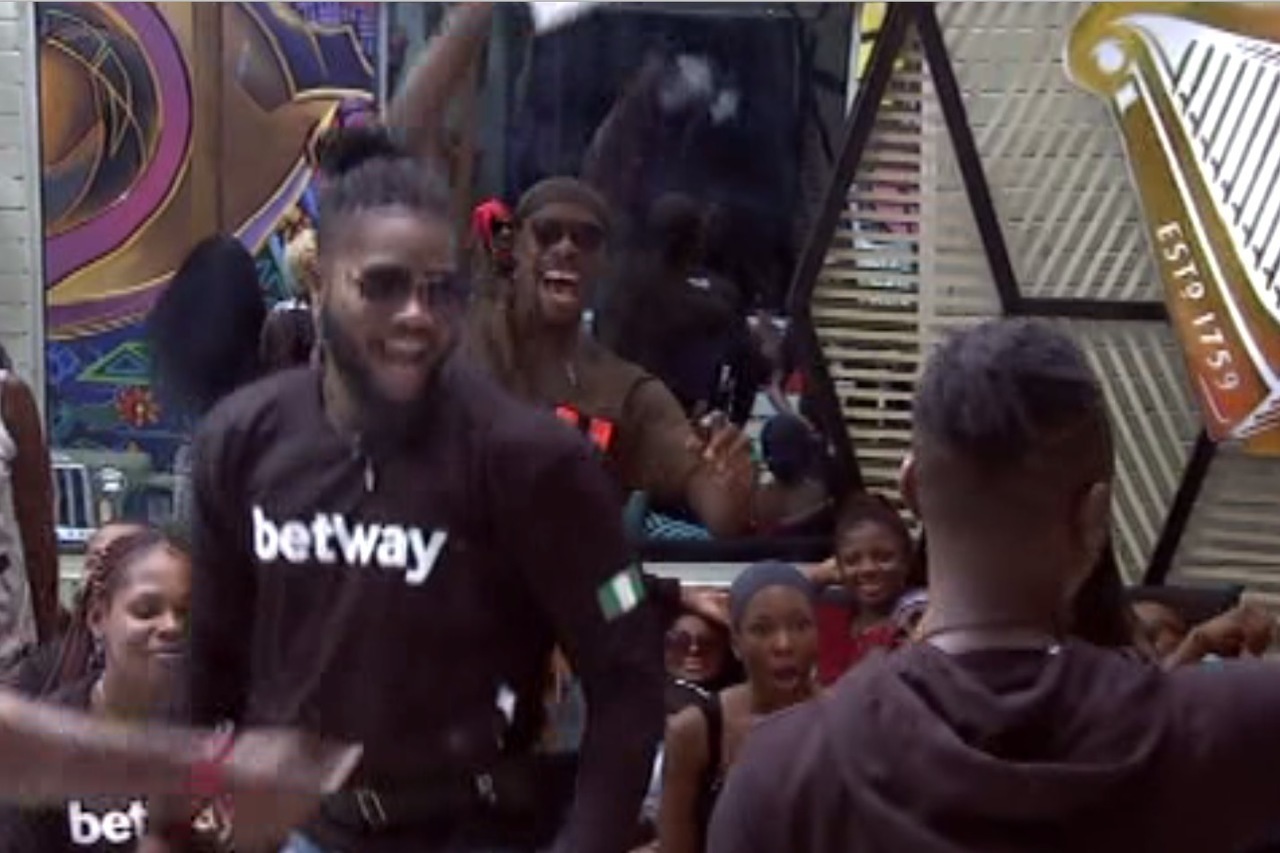 They all chorused the verses together and took their feet in what appeared to be a feel-good moment. Kaisha and Tochi took it even further and created a theme song for the Lockdown housemates. Hopefully, it will catch on.

Erica and Ka3na had no plans to let the party end without a little twerking and money spraying.

Catching up before the Wager Task

The first wager task is getting close and even while partying, the housemates are not leaving anything to chance. Just at the end of their jam session, they took time to revise all they knew about each other. As the questions about each housemate came up, they all echoed a response. 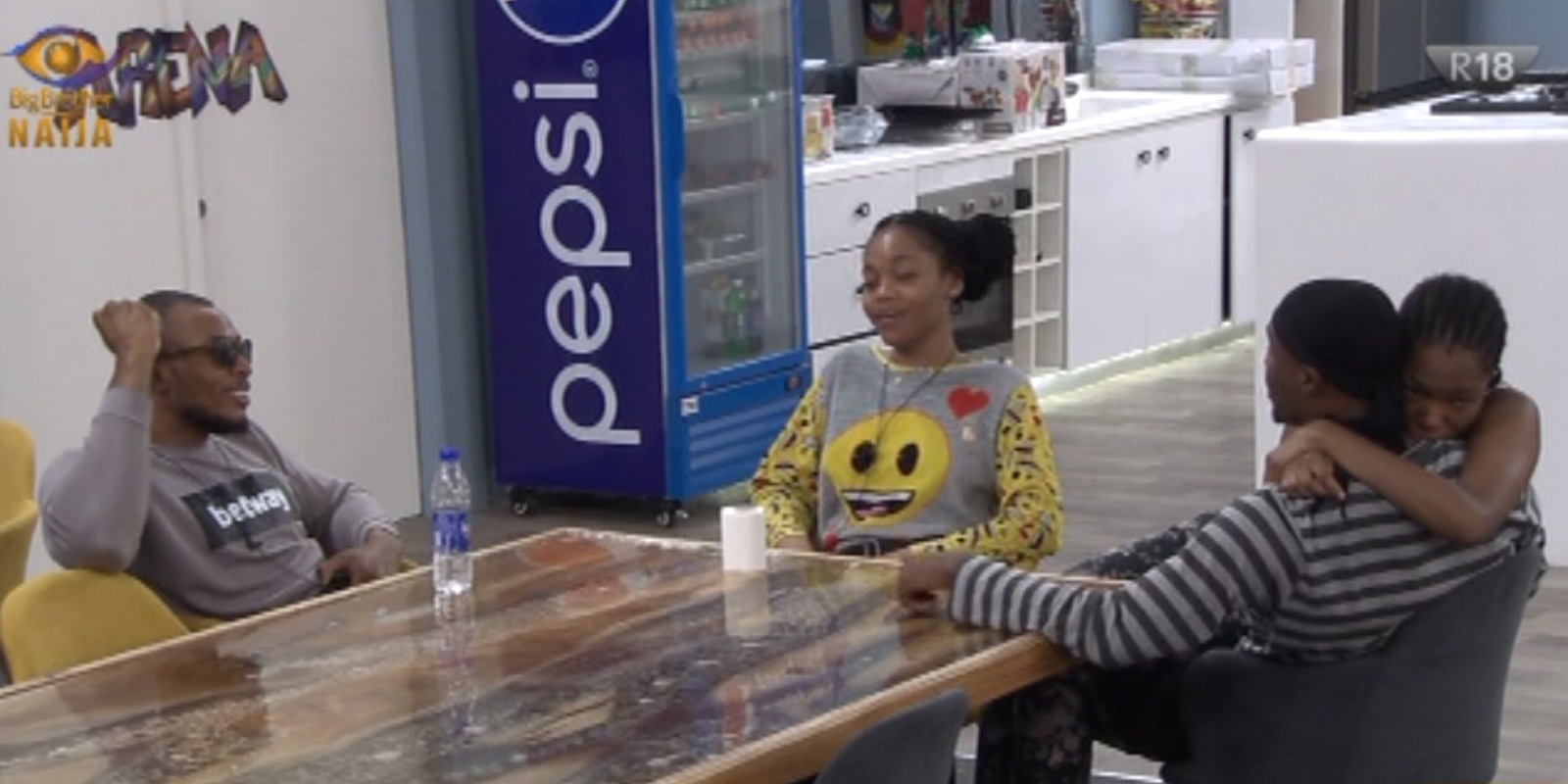 An additional spending allowance is at stake for tonight’s wager task and the housemates are not letting this slip by them. How well would they do? We can only wait to find out. This is the first wager task so the pressure is intense.

Love at first glance doesn’t happen for everyone but we can’t deny that Lilo and Eric have been smitten with each other since the moment they met in BIggie’s House. With four days in the Lockdown journey, their bond seems to be waxing strong.

The Lockdown gang were tasked to share their travel experiences and adventures with one another. Each housemate had an interesting travel journal ranging from funny to sad and incredibly cute stories.

Wager Task ‘Get to Know Me’

While the Lockdown housemates test their knowledge on how well they know each other, Nengi scored a point for answering her question correctly in today’s task presentation, zero points for Eric, Lucy definitely had this ball in her court. A point for her!
Well done guys! Praise, Dorathy, Brighto and Tochi got a point each for answering correctly. Zero points for Erica, Neo, Wathoni and Vee. Kai sha, in a game of get-to-know-me, Kaisha forgot her fellow housemate’s name. Good thing she scored her point correctly! Nengi got penalized for helping Ozo out with ‘expo’ in tonight’s task. Ozo, Laycon, Lilo and Prince each scored a point.

All in all, it has been a day of unexpected events and once again Big Brother rules. What are your thoughts on the housemates so far?

Author
Bellz
Ibrahim Bello (Byran Bellz), is a Blogger, Web designer, Microbiologist, and a Digital Illustrator, with a keen knowledge about entertainment. he's the Founder/CEO of 234Hypes.com.
Previous Article

Wizkid’s phone fell-off his pocket while performing with Burna Boy at the SSE Arena concert in London yesterday. This…
byBellz

David Adeleke, Nigerian Afropop singer better known as Davido, says he would not be visiting America until the…
byBellz

Davido Is Set To Appear In Forthcoming Hollywood Movie, “Coming To America 2” By Eddie Murphy